THE EVOLUTION OF HAMMON

Four generations to create a name synonymous with Plant Hire

The story of the Hammons begins in 1890 with WALTER J. HAMMON.

At the meagre age of 14, Walter embarks on a journey to start his business as a carting contractor. After relocating to Johannesburg and working firstly as an office boy and thereafter as a timekeeper on a mine, he manages to save up enough money to buy two Scotch carts and mules.

By 1914 his business had grown to reputable size of twenty Scotch carts and six horse trolleys. At one stage the Doornfontein stables held 351 animals consisting of horses, mules and 60 oxen.

How did we accomplish this?

Through hard work and due diligence he obtained good contracts to cart material for the Wit Deep and George Goch mines. Roughly 100 years ago when the conveyor system broke down at latter mine, Walter and his Scotch car carted enough ore to keep the stamp mine battery going.

Shortly thereafter when work started on the Vaal Barrage, he made use of mule wagons to transport two 4 ton oil engines from Johannesburg. It took them 8 days to get there and back.

By 1947 the company was completely mechanised after spending £37 500 on new vehicles within the period of fourteen months. With Wally Hammon (JR) at the helm, their scope of supply increased, besides the transportation of all types of material they also went into the excavation business.

In November 1947 they were awarded their first big contract by the South African Railways. The undertaking was to remove 80000 cubic yards of earth at the Wanderers Grounds. Utilizing their mechanical shovels and twenty tippers, they successfully completed the mammoth task on time.

The story resumes in 1963 with WALLY HAMMON (JNR) 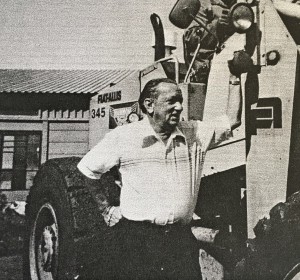 Equipped with Caterpillar Loaders and Hymac Back Actors, Hammon Earthworks and Plant Hire was born. Wally set out to becom
e the leader in transport and plant, which he easily achieved. His only competition came from a company called Proudfoot.

Wally, a founder member of the CPHA was strongly opposed to fly-by-nights, who he believed were attracted to the industry with little knowledge and the desire to make a fast buck. He instead opted for conservative expansion and worked mainly for mines and municipalities.

By 1978 the company’s annual turnover had increased to a hefty R1 million.

After many years of exemplary business relations the company changed hands and took on a different direction with new management. 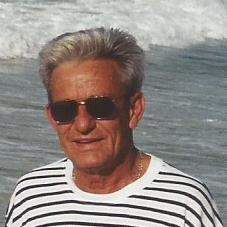 In resurrection of Hammon in 1995 by ERROL JAMES HAMMON
Operating out of a tiny workshop in Sebenza, Repairs & Machining t/a Hammon International Plant Hire & Sales initially started off with three second hand compaction units. With his unique business savvy, Errol steered the company to new heights.

How did he accomplish this?

Like his father before him, Errol did not believe in making a quick buck. Profits were poured back into the business, by keeping machines well maintained thus minimizing breakdowns on site. He also aimed at customer service making sure mechanics were quickly disbursed should problems on site occurred. His philosophy was simple- ensure your clients are satisfied to guarantee a lasting business relationship.

This theory proved to be a huge success. Not only have our units been hugely sought after by major contractors within South African boarders, but we have effectively completed numerous contracts in neighbouring countries such as Mozambique, Lesotho, Botswana- stretching as far as Sierra Leone.

The passing of Mr Hammon in July 2015 came as a huge sock to all his staff, business colleagues and most importantly, his family. Not a lot of business owners today can say that they have earned the utmost respect of all their staff and members of the business community alike, however Mr. Hammon did so with ease. Despite his age and ailing health, his dedication to the company was evident until the day of his passing. He was actively involved with the day to day management of the business.

By 2015 at the time of his passing, the company had grown boasting a fleet of 44 compaction units, 45 staff members and most importantly an astonishing reputation.

The future of Hammon commencing 2016 under WARRICK JAMES HAMMON

Proud of the company’s hard earned reputation in a very competitive industry, Warrick Hammon has some big shoes to fill. After co-managing the business for the last several years he is no stranger to the industry. Warrick is honoured to continue the Hammon legacy and will strife to maintain the company moto which is to supply our clients with reliable, cost effective machinery and exemplary service.